Because I have a head full of nothing. Because I need to be in touch and because Leave it to Davis asked me to post something, anything, I am reposting this from 08.

by Moannie
Tony was born on the IIth January I944. We had been sent away to stay with Grannie [Fairy]but after his birth we  did not return to the tiny flat in Kilburn. Harry became the manager of a Fish and Chip shop in Morden in Surrey, the first of what would be many moves. It worked like this: Harry did not pay bills until the last possible moment and if he could escape paying them by using his considerable charm [when it suited him] and various tall stories, usually centring on a sick wife, children, or aged parents-he would. Then, when he considered that he had saved enough he would find another shop with living accommodation. Mother would pack whatever could be carried and we would leave, usually at night.

June’s first task at the new venue would be to seek out the local ‘hole-in-the-wall’ where she would replace beds, armchairs, table and chairs, mirrors, even pictures for the walls. Sometimes my bed was iron, sometimes just a mattress on the floor; it all depended on the local junkman’s stock. One room I had contained a single bed, a chair, some hooks for my clothes and an eight by eight foot Gilt framed mirror that the last tenant had left behind. It was against the wall with my bed pushed up sideways onto it. Oh, how I preened and posed, candle light lending my plain face interesting contours.

There were other places where he left us while he went off looking for another easy target; if for example the owner of our last shop had discovered that he was being ripped off and had turned us out onto the street. We would go to a new town and wait until sent for. One town I recall was Skegness where we stayed in an attic room with a sloping roof in a boarding house which we had to vacate from nine thirty am to five thirty pm. Tony was still a baby and it must have been hard for mum to cope. The landlady would frown and tut whenever she saw us, probably because Tony kept the house awake with his teething. But Mick and I would run free. Free from school and free from the louring cloud of Harry's disapproval we scoured the town for amusement. When we did stay long enough in one place to go to school we would always be the ‘new kids’, condemned never to know where anything was; always in front or behind the curriculum. Very few of the schools have stayed in my memory, because we were like gypsy children, we went because we had to by law but we were perfectly happy to run free.
We knew how to slope off, make ourselves scarce, and provided that we came back for meals and did our chores, it was the best solution all round, out of Harry’s eye line, out from under foot and out of doors. By the time Tony was old enough to keep up with me he was my shadow. I took him everywhere with me and Mick began to leave me to go with his own friends.

I am trying to remember if the war years were a fearful time. In I939 I was only five and for a long time our corner of England escaped unscathed. But eventually even in Somerset there were air raids. German bombers would be after a factory, a train terminal, or shipping and there would be dogfights with shrapnel raining down from damaged planes. The siren would wail its warning and we would be collected in the common room [I do not know where the boys sheltered] and during one particularly bad period of bombing, all the beds were brought downstairs to this room and that is where we ate and played and slept. But it was so much a part of our lives, like school or praying, that I think, in the way of children, it was an accepted part of the whole.
There were times later when we felt actual fear, seeing doodlebugs and later V2 rockets in London, holding our breath that they would pass beyond us before the engine cut out and it dived on us. The worst times for me were when we had to shelter in cupboards under stairs. It was dark and smelly and cramped; Mum, Mick, Me and baby Tony, huddled together in the tiny space, listening to the Ack Ack [onomatopoeic] gun mounted on a truck and manned by the Home Guard driving up and down the street shooting at enemy aircraft.

Mick and I hated Hitler. A lot of our play involved intricate plans to track him down and arrest him. We could not understand why all our soldiers, and the Yanks could not find him and put him in prison. If they caught him the fighting would stop, would'nt it?

The concept of death meant nothing to me, I was not afraid of dying as I had no understanding of mortality, life and death. It would be a very long time before I voiced the age old query, why am I here? No, they were the worst of times because of my fear of spiders. Mick would never miss an opportunity to tell stories of horrible fat killers with large hairy legs and fangs that would not disgrace a tiger. Mostly we all became deathly tired of being afraid. Mum wanted to evacuate us away from the bombing and now there was the added threat from Doodlbugs. These were winged rockets that were shot out over the Channel with enough fuel to take them over London. They were not specifically targetted and, once the fuel ran out and the engine stopped, they dived.


Early one morning we all came back from the Underground to try and get some sleep. Some of the stations had bunk beds and there was even a holiday atmosphere as families came together with friends, shared food, sang and even danced if someone had an harmonica or accordian. But we slept on the platform as best we could in the crowded conditions, and left as the first trains began to run into the station. I remember that Mick and I had gone to our bunk beds and I slept briefy. I awoke to the familiar noise of a Doodlebug in the distance. If you close your mouth and grunt uh,uh,uh, uh that is the sound the bugs made. This time it was getting nearer. I sat up in my top bunk and turned to the window...Harry was there, and mum and she had tony asleep in her arms. They were looking out at the sight of a doodlebug one street over; it passed to the left, and the engine stopped. A few seconds later there was a loud explosion and they ducked under the window as the glass rattled, broke, and would have showered them had the glass not been stuck with crossed tape. 'Enough' said mum.

So did have a brief trial at evacuation, a three month stay in Diss, Norfolk, with a great friend of mums; a heavenly hiatus which took place during a very long, warm summer. Moira Burdett was an Hon. [daughter of a peer] and was the first eccentric I had ever met. She spoke the King’s English like a BBC announcer that made my Somerset vowels horrible to my own ears.Mick and I clashed with her own elder daughter Jennifer and mother sniffed at Moira’s morals [she drank and was living with a man almost as eccentric as herself who drifted away when it was obvious that we were there for the long haul] Three months was all that mum could stand away from the blacked out lights of London and we returned for another bout, spending the nights in the underground until the night that one hundred and seventy three people were killed by a direct hit on Bethnal Green station.

When eventually Harry thought that it was time to move away we went to Folkestone: in what turned out to be a case of from the frying pan to the fire, to a Fish and Chip shop that sat at one end of Harvey Street. Luckily it was the farthest end from the sea for that area was obliterated by a parcel of bombs that must have been intended for the harbour. Folkestone at that time was a very attractive resort, unlike today when it is spoiled by traffic zoning, one way streets and new builds. The long pebble beach below the Leas was lined with concrete blocks and barbed wire and citizens were discouraged from using it. But the smaller sandy cove beyond the harbour was open to the public and every warm day saw it littered with bodies as we lapped up the rays and pretended life was normal. The Leas were, and I believe still are, covered by Mediterranean pines that had branches which grew like flat arms, perfect for small children like Mick and I to lie and watch dog fights between the speedy British Spitfires and the German Messerschmitt. Sometimes, on a particularly clear day we could actually see the French coast and, if we were lucky V2 rockets leaving the French coast and arching over us on the way to London. 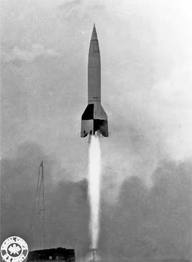