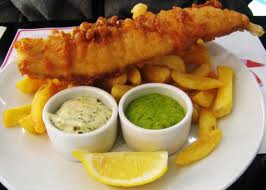 FISH&CHIPS
Now I am a bit of a connoisseur of fish and chips having owned and run one for a short while [it was too successful and we sold it sharpish] and it is many years since I have had anything that tasted half as good...either the fish had been frozen or the batter too thick or soggy and chips too greasy. Our plates, when they arrived  overflowed with dry crisp chips and a large piece of fish in crispy bubbles of batter. It was, like the best meal ever...accompanied by bread and butter [a must] sweet gherkin and a mug of tea we were silent as we chomped our way through our pesci. delights, stopping only for the occasional thumbs up or gulp of oxygen.
At one time fish and chips was a poor man's dish, as cheap as the newspaper it came wrapped in. Not any more. Ours  did cost the equivalent of a steak but hey, 'twas worth every penny.
Posted by Moannie at 06:36 24 comments:

I keep saying it...like a mantra; Come spring and I will be better. Come spring and simply seeing the sun will be enough to make everything right...come the Springtime all will be well.

I've planned a party. The garden will look wonderful, all Lavender and roses. JP's grape vine will be flourishing in it's new position facing due south and the hammock I have fallen in love with will have arrived and been hung and invites me to swing.. All the children will be here and we will have cooked up a storm of chicken and potato salad and crudités, of  crisp French bread and a groaning cheeseboard. 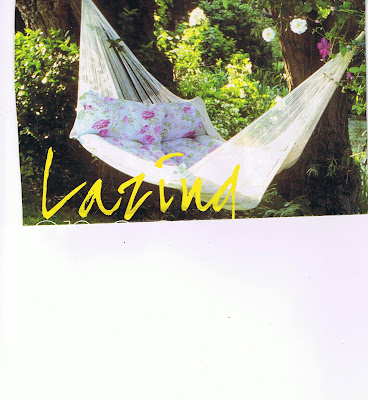 I forgot to say that of course the weather will be perfect, warm enough to be glad of that breath of a breeze and the touch of a new cashmere  cardie...a perfect compliment to my maxi dress of  voile.

Of course you are all welcome
Posted by Moannie at 03:17 25 comments: