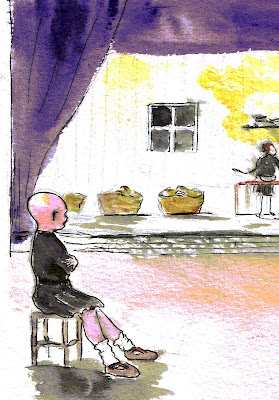 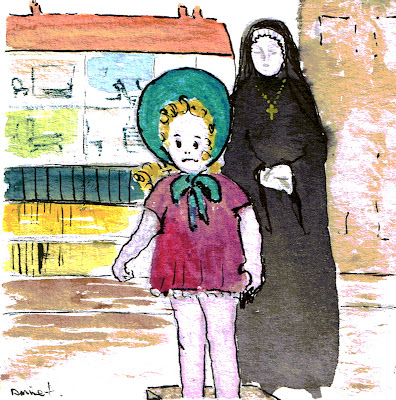 All was going well until Goldilocks fell ill; three days to go till Friends of St. Edith's arrived for their annual feel-good night. Eventually someone suggested that, I might do. As soon as they all finished falling about laughing they realised that they had no choice; it was the squeaky voiced bald girl or no-one.
One of the nuns made me a bonnet out of stiffened card and crepe paper tied beneath my chin in a big bow, and yellow wool was stuck in curls next to my face and down the back. In my pink borrowed dress and the blue bonnet I thought I looked very pretty .
The evening of the concert arrived and the hall was filled with the great and the good and the show began.

The Grand Old Duke of York came on with four of his ten thousand soldiers and marched to the top of the hill [two benches] and marched right down again. Someone played the piano and carols were sung and then it was time for the Piece De resistance.
The three bears tramped on stage, did their bit with the porridge, decided to go for a walk and exited stage right. 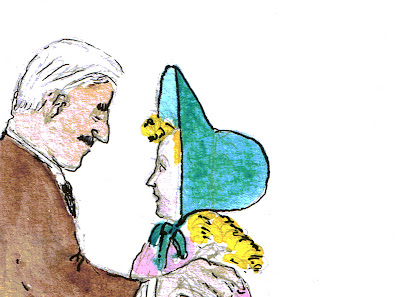 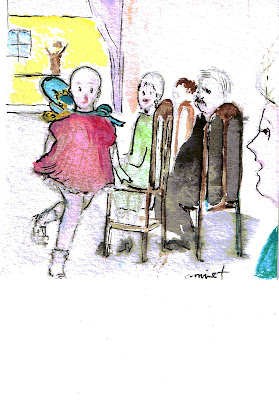 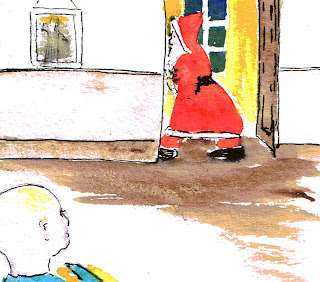